Grandfather Mountain is home to a world of unique biodiversity, much of which is found no other place on Earth. This distinctive world of flora and fauna can be encountered throughout Grandfather Mountain’s 16 different natural communities. Each community hosts its own unique ecosystem, in which every single lifeform, whether it be a flower, plant, invertebrate, amphibian, or other creature, plays an integral role in keeping this ecosystem alive and flourishing.

To encounter the same breadth of biodiversity that exists on Grandfather Mountain, one would have to travel the length of the East Coast from Georgia to Maine to witness a similar assortment of plants and animals. In comparison, these same species can be found by simply traversing between the base of the mountain near the Wilson’s Creek area to the very top at Calloway Peak.

Grandfather Mountain’s 16 natural communities transition from one to the other as the mountain’s sharp elevation gain rises from forests similar to those found throughout the Southeast and ends amongst rugged, rocky summits and forests of Red Spruce and Fraser fir that are more commonly encountered in northern climates such as those in Canada.

Throughout this elevation gain, the 16 natural communities often overlap as Grandfather Mountain’s soil, hydrology, topography, and elevation make up the features of each natural community, many of which are host to rare or endangered species like Wellers Salamanders, Carolina Northern Flying Squirrels, Blue Ridge Golden Rods, Grays Lilies, and others.

Even on the drive from the Entrance Gate to the Top Shop, visitors pass through as many as four different natural communities, including Northern Hardwood Forests and Acidic Cove Forests. Then on the walk from the Top Shop parking lot to the Mile High Swinging Bridge, visitors walk past four federally listed endangered species.

The mountainous regions across North Carolina and Tennessee are home to some of the highest peaks within the Appalachian Mountains. Yet even compared to neighboring Mount Mitchell and Roan Mountain, Grandfather Mountain sets itself apart due to the presence of plant and animal species that are acclimated to both the high and low elevation environments.

For this reason, Grandfather Mountain is unlike any other place in the world, and the environmental stewardship of the mountain by biologists, researchers, conservationists, and most importantly its visitors, ensures that the mountain’s unique web of life will be protected for generations to come. 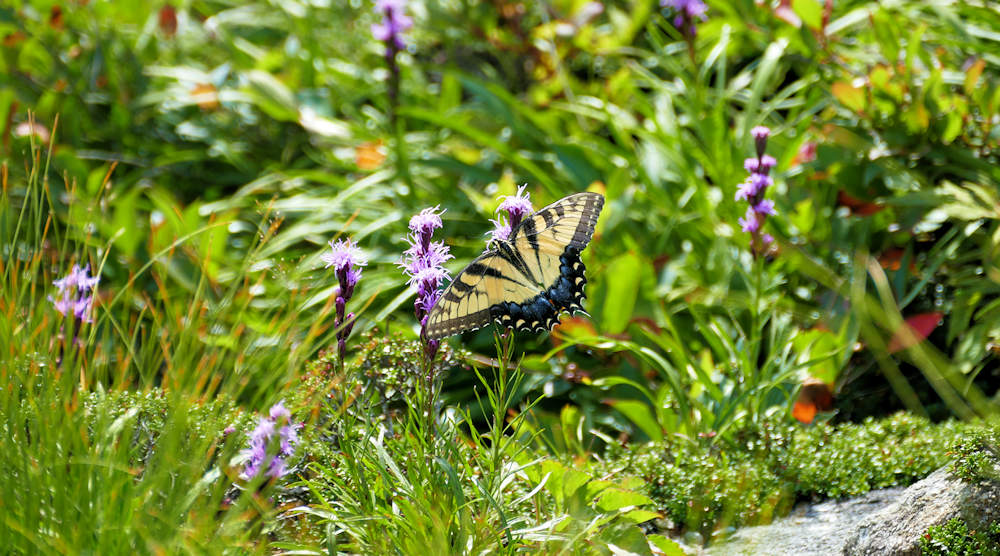