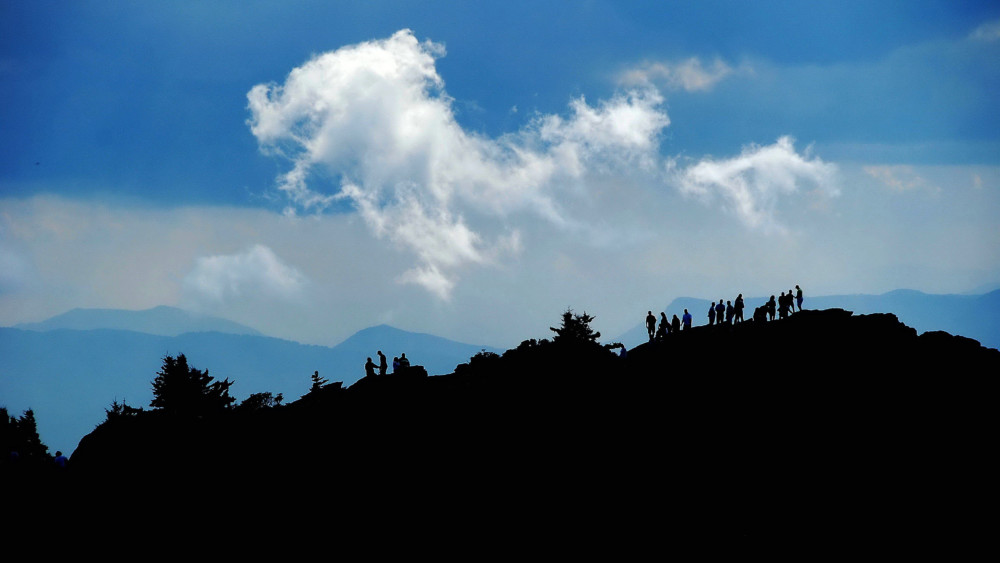 Jesse Pope, a 14-year employee of Grandfather Mountain, most recently served as assistant vice president and director of education and natural resources. During his time at Grandfather Mountain, Jesse also worked as a seasonal trail ranger and on the animal habitats staff before launching the park’s naturalist program, which he led for six years. As executive director, Jesse is responsible for the overall management of the park’s staff and programs and execution of the organization’s strategic plan. He also serves as the public face of the Stewardship Foundation, while educating the public about its purpose, deepening its community involvement and embarking on a targeted fundraising campaign to raise the organization to the next level.

Harris joined Grandfather Mountain Inc. in 1978 and became a Vice President in 1992. Over the years, he served as President of the N.C. Travel Industry Association, North Carolina High Country Host, the Blue Ridge Parkway Association and the Southern Highlands Attractions Association. He also served as Chairman of the Appalachian Regional Healthcare System Foundation Board and Vice Chairman of the North Carolina Mountain Resources Commission

Geologically and biologically, the Grandfather Mountain Biosphere Reserve is much larger and includes lands owned and managed by The Nature Conservancy, the US Park Service and the US Forest Service.

Located on US 221, one mile south of the intersection of US 221 and the Blue Ridge Parkway and two miles north of Linville, North Carolina

The Mile High Swinging Bridge is named for its elevation above sea level (5,280 feet). The bridge is 228 feet long and spans a chasm that is 80 feet deep.

The bridge was built in 1952. It was first constructed in a plant in Greensboro, NC, and later erected on Grandfather over a three-week period in the late summer of 1952.

The first person to cross the bridge was Merle Umstead, the 9-year-old daughter of dedication speaker Gov. William B. Umstead.

The Bridge was rebuilt in 1999 using the original towers. The cables, floor boards and side rails were all replaced using galvanized steel.

The new design was prepared by Sutton, Kennerly & Associates Engineering of Asheville, N.C. Construction was completed by Taylor & Murphy Construction Company of Asheville at a cost of $300,000.

One of the main advantages of the modern building materials is that they do not have to be painted. Now Grandfather Mountain employees will not have to hang out over the gorge to paint the span.

Criteria for selection as a Biosphere Reserve are that the property must be:

The Nature Conservancy considers Grandfather Mountain an ecological site of global significance, as it provides habitat for more globally rare species than any mountain east of the Rockies.

Grandfather Mountain supports 16 distinct ecological communities, each supporting its own unique web of life. It is Grandfather’s abrupt rise above the valley floor that causes the change in elevation and climate conditions that supports such a diversity of life.

Grandfather Mountain is habitat for 73 rare or endangered species. Of these, 32 are globally imperiled: