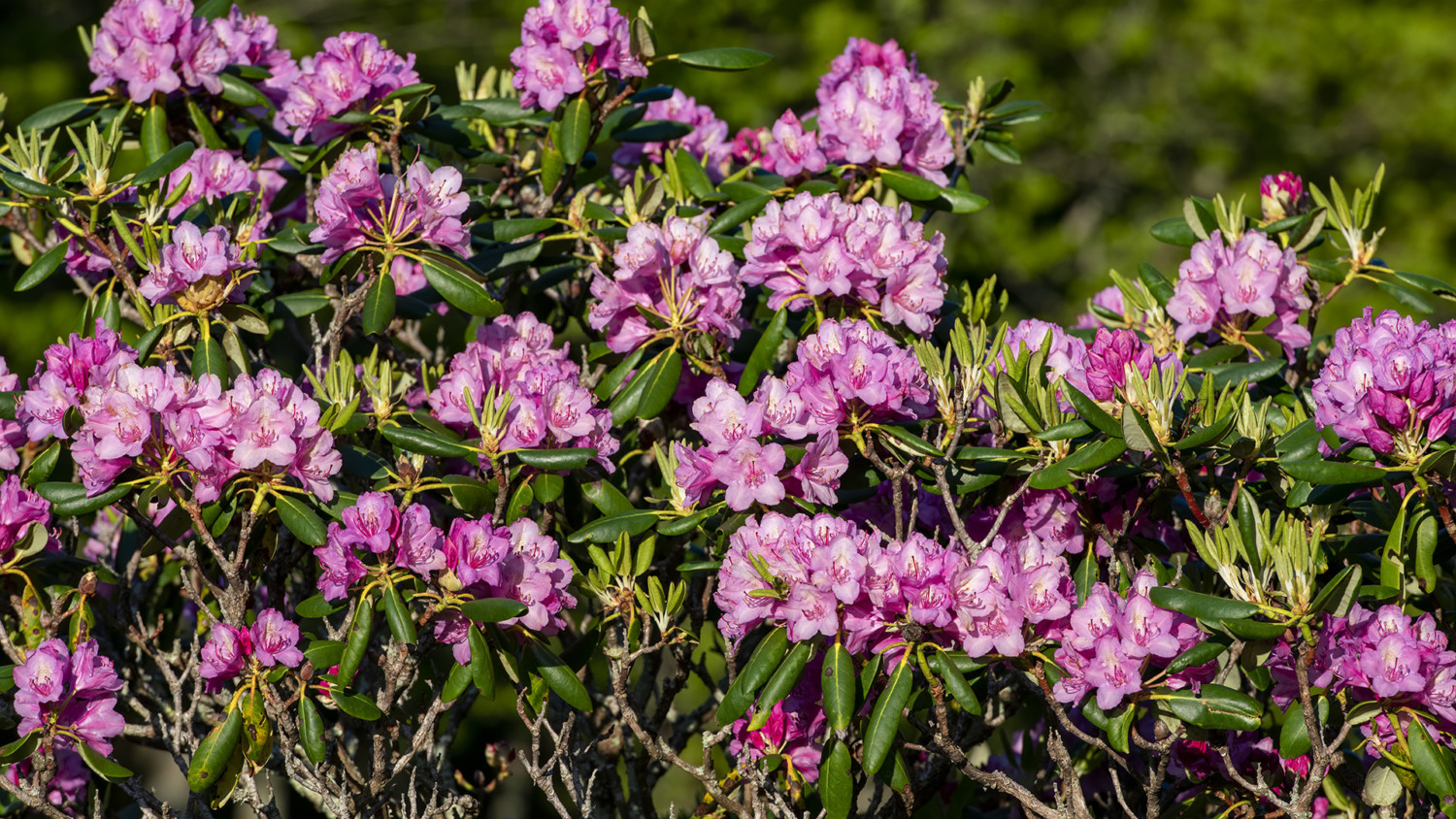 During the last week of May and the first week of June, parts of the Blue Ridge Mountains tend to look a little more pink and purple — especially on Grandfather Mountain. The pastel hues come courtesy of rhododendron blooms, which tend to flourish at higher elevations and cooler temperatures.

Every year, Grandfather Mountain celebrates the rhododendron — and the forthcoming arrival of summer — with Rhododendron Rambles, a series of guided strolls that allows guests to observe the blooms and learn about their history, attributes and roles they play in the mountain’s ecological communities.

2023 Dates: May 27 through June 3. Strolls begin at 2 p.m. daily and are free with regular park admission. The easygoing walks take approximately 20 minutes and are fit for guests of all ages. The meeting place is by the Butterfly Garden at Wilson Center for Nature Discovery. The weeklong rambles culminate on Sunday, June 4, 2023, during which the park will host a special speaker and activities from 11 a.m. until 3 p.m. – included with admission.

Few plants signify summer in the High Country quite like the rhododendron, as the rhododendron’s colors are most extraordinary in the mountains, meaning guests who visit during this time are in for a treat.

Four species of rhododendron grow wild on Grandfather Mountain, and three of them could be in bloom for this year’s Rhododendron Ramble.

Pink-shell azalea (R. vaseyi) displays a delicate pink blossom and can be found growing on Grandfather Mountain in late April or early May, just missing the Rhododendron Ramble. Pink-shell azalea can be found in the Half Moon Overlook area, just a short drive from the park’s entrance, as well as at the Forrest Gump Curve Picnic Area.

Flame azalea (R. calendulaceum) range from yellow to orange, peach or red in color and can be seen at the mountain’s main entrance gate and at Split Rock in late May through July. Grandfather’s Split Rock/Sphinx Rock area offers a stunning display of flame azalea.

Catawba rhododendron (R. catawbiense) is in bloom from early to mid-June, depending on elevation. Probably the most well-known of the rhododendron, their deep purple blooms will frame most of the trails in natural splendor. Catawba rhododendron can be found all throughout Grandfather Mountain, much of it along the main road.

Rosebay rhododendron (R. maximum), with its very light pink flowers, is the last to bloom in late June and may be in its early stages during the Rhododendron Ramble. Linville Bluffs, across the park’s main road from the Wilson Center for Nature Discovery, is a prime spot to observe rosebay rhododendron.

Many rhododendrons are already blooming at lower elevations in the High Country during this time, but the wide range of elevation available on Grandfather Mountain — a nearly 1,000-foot change from base to peak — provides viewers with a longer window of opportunity to see the rhododendron in bloom. 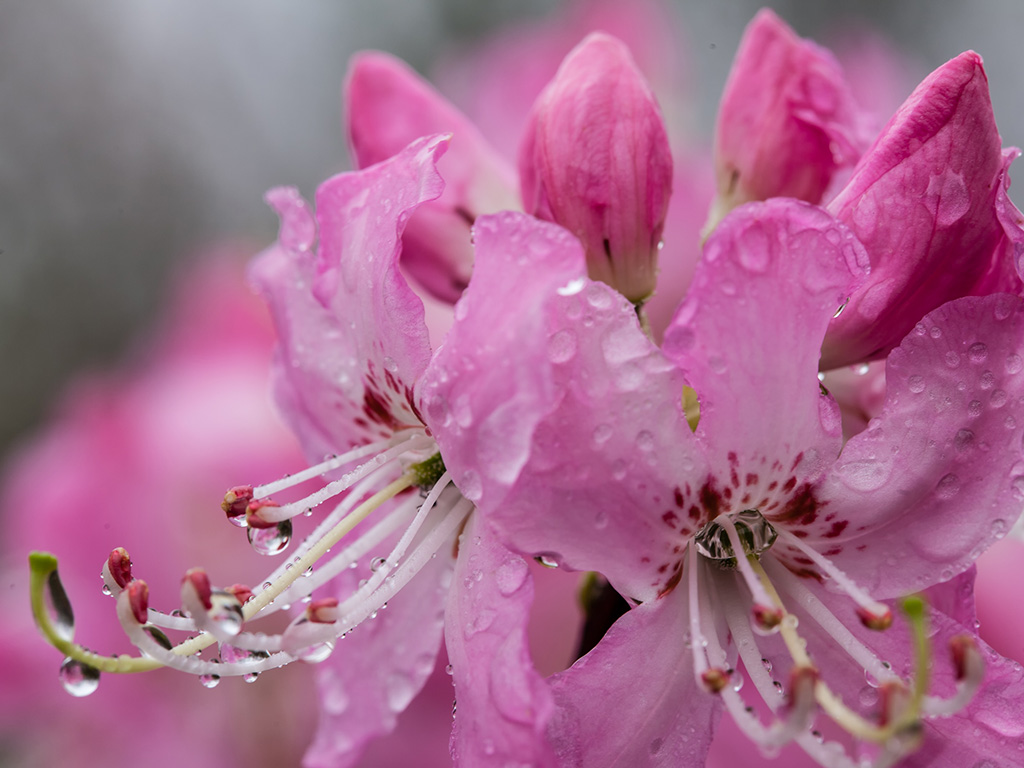 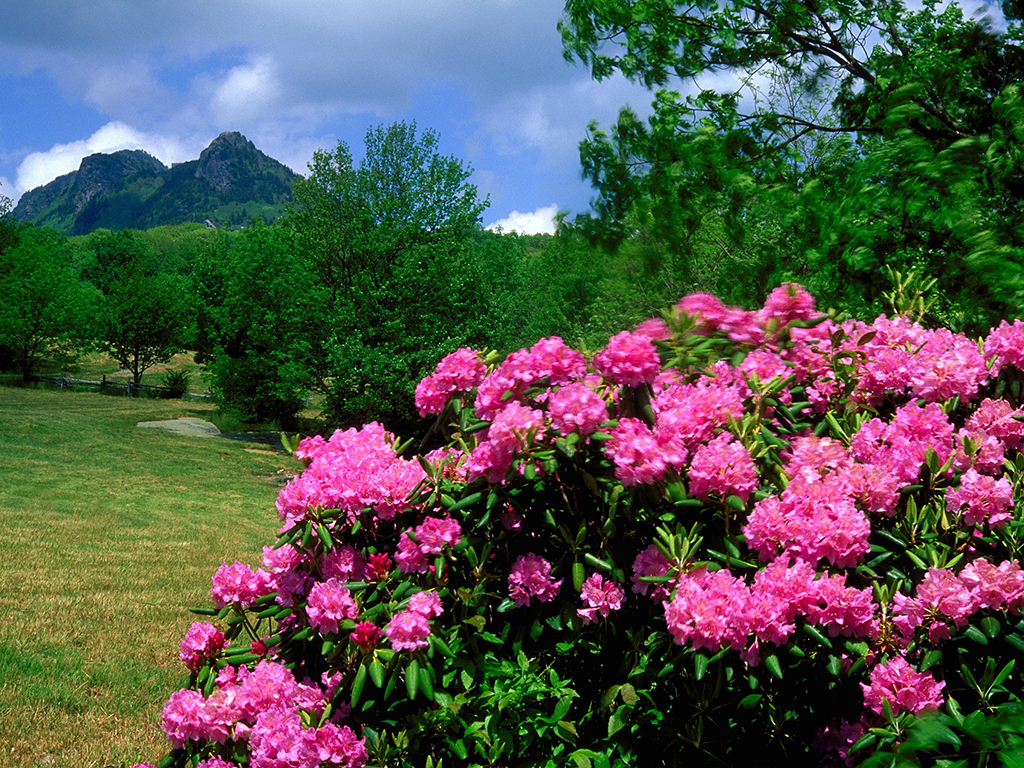 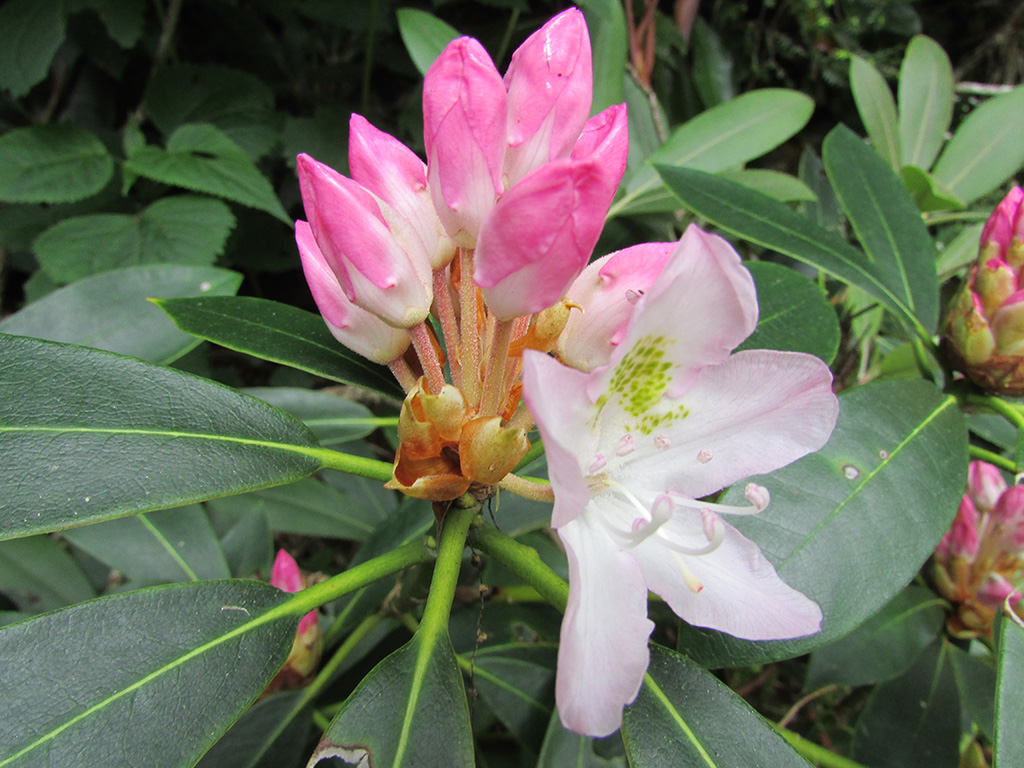