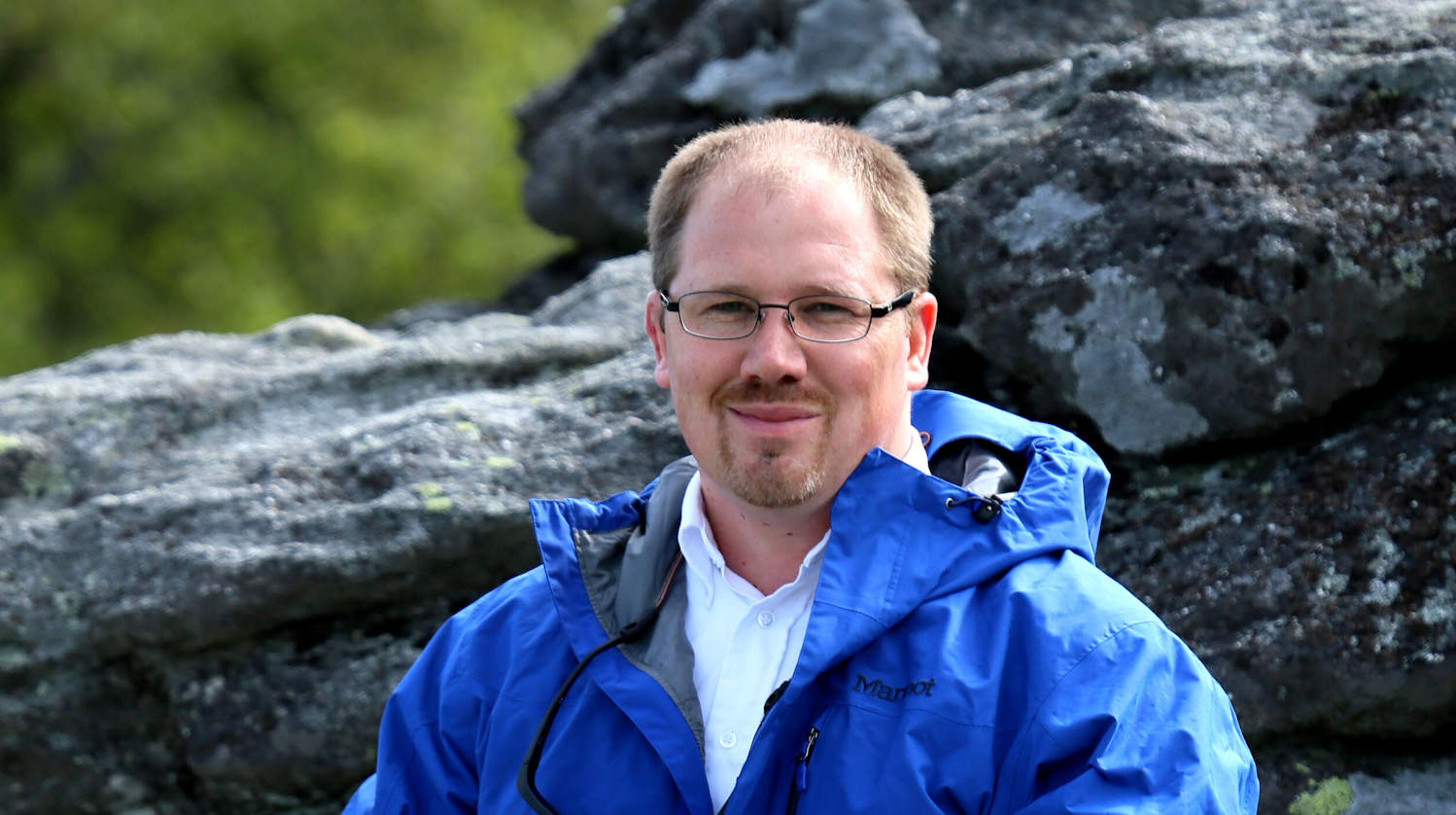 Jesse started his career at Grandfather Mountain in 2002. Before becoming executive director in 2015, he served as assistant vice president and director of education and natural resources. During his time at Grandfather Mountain, Pope also worked as a seasonal trail ranger and on the animal habitats staff before launching the park’s naturalist program, which he led for six years.

With unmatched knowledge of Grandfather Mountain’s ecosystem and unbridled passion for the organization’s mission, Jesse oversees foundation staff, programs and the execution of its strategic plan.

A native of Mouth of Wilson, Va., Pope holds a bachelor’s degree in biology with a naturalist concentration from Lees-McRae College and a master’s degree in environmental education from Montreat College. He lives in Newland with his wife, Michelle, and three children.

He is very passionate about the Stewardship Foundation’s mission to inspire conservation of the natural world by helping guests explore, understand and value the wonders of Grandfather Mountain. An avid birder and advocate for environmental causes, Pope said he understands the role Grandfather Mountain must play in serving as a model for North Carolina and the world as a leader in tourism, conservation and environmental education.

Read about our other leadership.