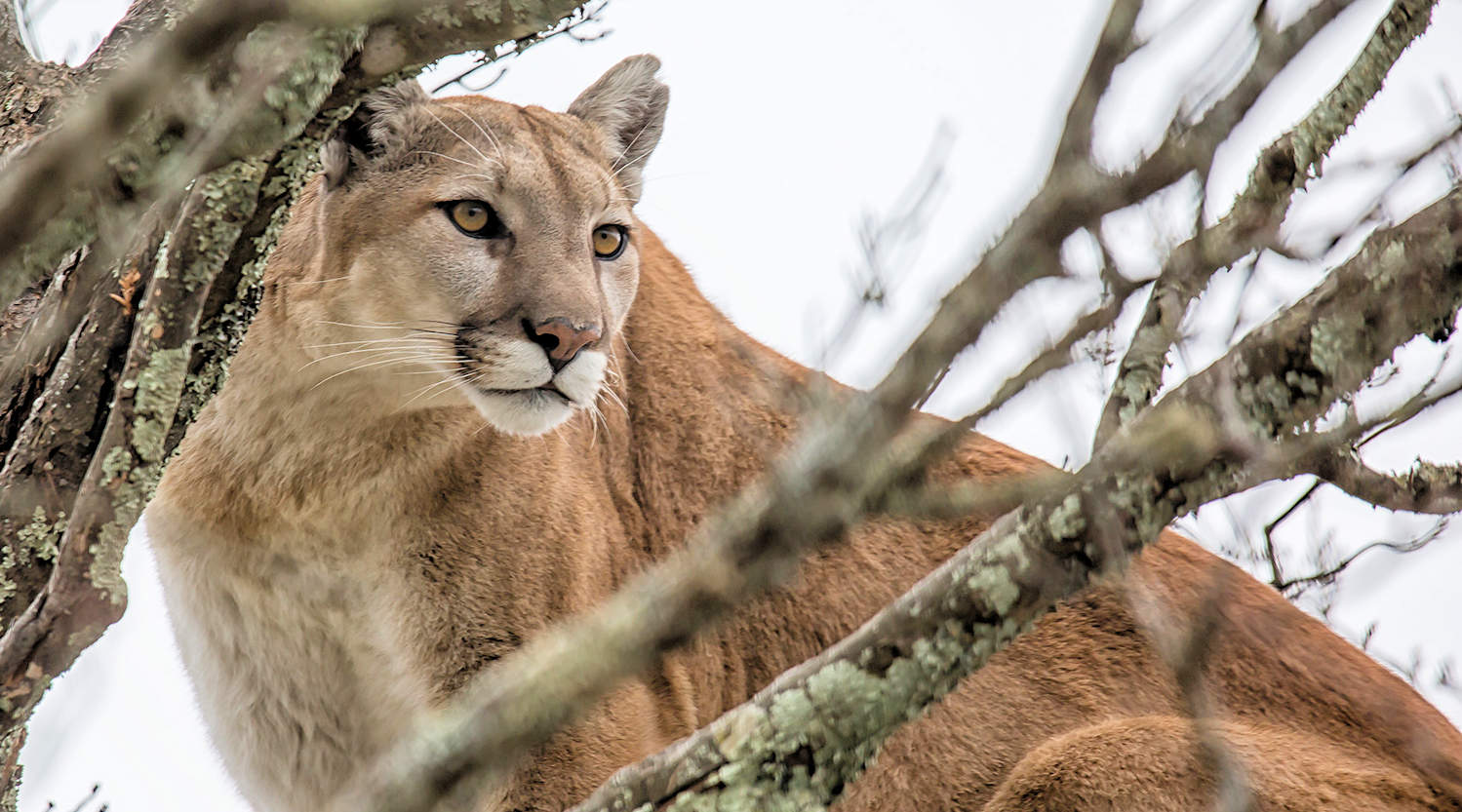 The cougar, also known as the mountain lion or panther, ranges throughout the wilderness areas of western America and Canada. About 30 to 50 of the rare and endangered Eastern cougars (subspecies called Florida panthers) survive in the Florida Everglades. They once roamed our Blue Ridge Mountains. See our cougars in the Wildlife Habitats.

Logan and his sister, Trinity, are western cougars from southeast Idaho. They were discovered orphaned, roaming around a neighborhood in Franklin County. Idaho Fish and Game caught them up on January 10, 2016 and estimated them to be around 4-5 months of age. Logan and Trinity were very thin and far too young to remain in the wild on their own; they would not have survived. Some of the habitat staff flew in a private plane owned and piloted by Mr. Bob Wilson and landed in Logan, Utah, which is where Logan got his name. Then they traveled into Idaho to pick them up. They arrived at Grandfather Mountain on March 4, 2016.

Logan and Trinity, having been raised together, get along great. They love to snuggle up together and groom each other. Logan is very distinguishable from his sister, Trinity. He is a bit larger weighing a little over 130 pounds. He is lighter in color and has a pink nose. Logan also has a unique marking that looks like a white scar above his left shoulder. Trinity is darker in color including a darker nose.

Logan has a very curious nature so it did not take him as long to warm up to his keepers. Before we knew it Logan was waiting inside every night for his dinner, he gets very excited about food. Trinity is a very shy and timid cougar but she trusts people enough to come in for feeding time. They each get about four pounds of processed meat for large felines along with a rat each day for his meal. They also gets prey items like deer, rabbits, chickens, and fish a few nights a week. We also provide all the cougars with two enrichments a day. Enrichments are something given to break up the animals day like a toy, treat or new scent.

The cougar is a large, slender yellowish-brown cat with a white muzzle, and eyebrows and a dark black line around its eyes. It is six to eight and a half feet in length and it stands two to two and a half feet at the shoulder. Cougars roam as much as 100 miles in a circular pattern, leaving areas of their territory undisturbed for days at a time. They are formidable hunters, with prey varying from rodents to fully grown deer. Eastern cougars are also known to catch fish. After a three month gestation period, a mother panther will give birth to two or three cubs. They are born with blue eyes and heavy black spots that eventually fade. They will spend up to two years with their mothers learning how to hunt and they will live 10 to 12 years.

Looking for a special gift? Adopt one of our Cougars.