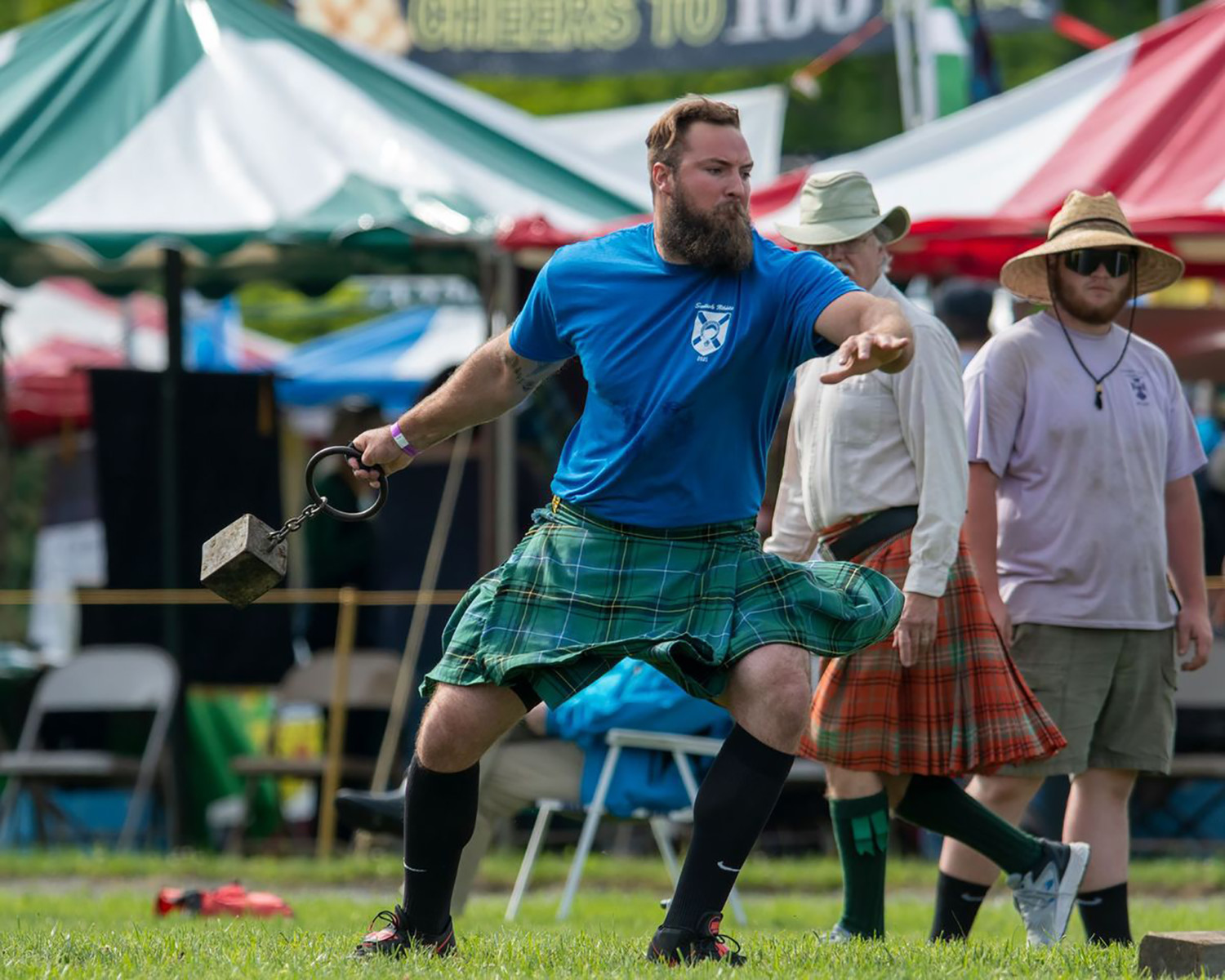 The Grandfather Mountain Highland Games has a reputation for inviting select professional athletes to come and enter in to its slate of time-honored competitions, but this year, John Van Deusen, called the games to ask if he could participate on his own accord. Based on Saturday, July 10’s results, this approach worked out pretty well for him.

Even though it was only his second outing as a pro, Van Deusen showed out during his first trip to Grandfather Mountain. His only other experience as a professional came in 2018 when he competed at a Highland Games in Idaho and has since quickly learned the ins-and-outs of what it means to be a pro.

“There’s no set way (to become a pro). You just have to know the numbers that people post on their throws, and you have to make sure your numbers are pretty close,” he said. “And you really have to know people. I didn’t really know anybody, but I knew who the athletic director was, and I called him, said I was free to come, and fortunately he had a spot open.”

Van Deusen stands head and shoulders above his competition. He measures in at six feet and eight inches tall and weighs 310 pounds, leading some to draw comparisons between him and Hafþór Björnsson, better known as “The Mountain” from the HBO series, “Game of Thrones,” who also stands at six foot eight.

A talented athlete, Van Deusen was part of the track and field team at Northwest Nazarene University in Idaho and focused on shot put and discus while on scholarship. He graduated from the small, private Christian university with a degree in biology and currently works as a steel erector.

In another similarity to the “The Mountain,” Van Deusen competed in basketball before finding his calling in heavy athletics. However, a few events, namely the sheaf and caber toss, took some getting used to due to their uniqueness in Scottish sport.

“You can have a background in throwing, and that’s kind of a head start to have the basic mechanics, but it took me a long time to have my sheaf toss down,” Van Deusen said. “It’s still sometimes shaky, and caber is just one of those things where nobody has a tree just cut down in their backyard. It takes a long time to work at it, but you get the hang of it the more you do it.”

The sheaf toss event sees athletes using a pitchfork to toss a 16-pound burlap sack filled with straw over a horizontal bar high above the competitors’ heads. The history of the sheaf toss has its roots in agriculture and grew out of farmers competing with each other as they bailed hey throughout the centuries.

Meanwhile, the roots of the caber toss event, which sees athletes attempt to toss a 16- to 20-foot wooden pole end-over-end in a perfect 12 o’clock motion, are a bit more obscure. Some believe it developed out of ancient Scottish warriors using long wooden polls to storm castle walls, while more tame theories attest to the need for Scottish loggers to float fresh cut timber to developments downstream.

Whatever the history of the events may be, Van Deusen said that he simply likes the challenge of it.

Hailing from a small town in Idaho, Van Deusen was impressed by the size of the crowd at the games, which included about 40,000 spectators, the most in the history of the GMHG. Van Deusen maintained that the GMHG are the most authentic Scottish games that he has participated in throughout his time competing. He also enjoys the camaraderie with his competitors and the enthusiasm of the crowd.

The nonprofit Grandfather Mountain Stewardship Foundation strives to inspire conservation of the natural world by helping guests explore, understand and value the wonders of Grandfather Mountain. For more information, call (800) 468-7325, or click here to plan a trip.