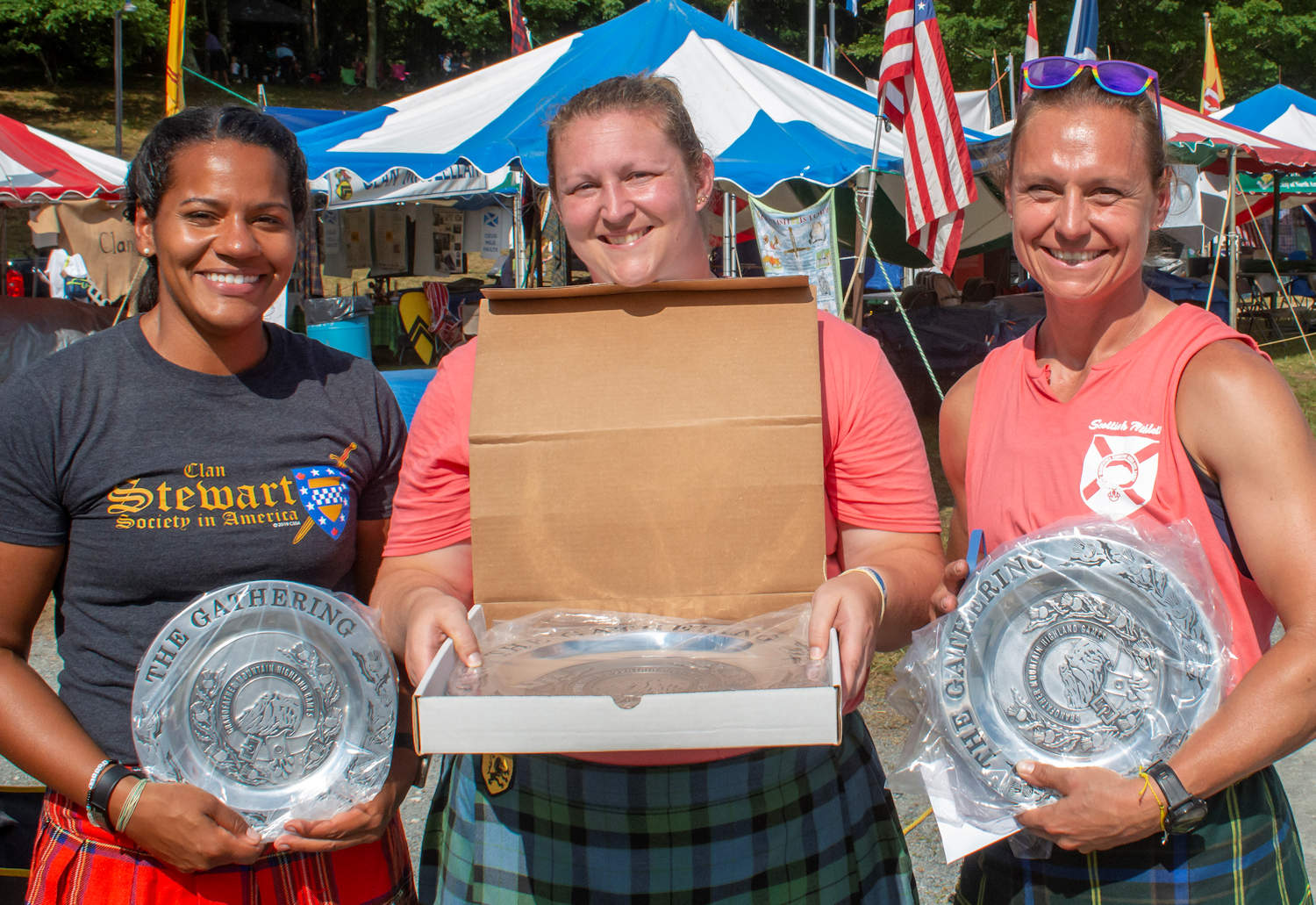 Meagan McKee finished first in four of the seven women’s heavy athletic events during the 2022 Grandfather Mountain Highland Games, thereby claiming the top spot overall for the competition. McKee previously placed second at these games in 2019.

The history teacher from Vermont has been doing heavy athletics for eight years and is the 2019 and 2021 Highland Games World Champion. This year saw 14 women competing – a record for the Grandfather Mountain Highland Games – in front of an exceptionally large crowd of spectators this past Saturday.

For McKee, the sport is all about family and fun. She has followed in the footsteps of her father, who was also a professional. “It’s fun – I like to keep it fun,” she said on what motivates her to take part, in addition to it being in her blood. To prepare and train, McKee “lifts and throws three to four times a week.”

Jonathan Harding finished first in three of the seven men’s heavy athletic events during the 2022 Grandfather Mountain Highland Games, earning him the top spot overall for the competition. While he has competed at these games before, this was his first year doing so as a pro.

The 34-year-old from Austinville, Va., is a high school English teacher at Pulaski County High School and has been doing heavy athletics for six years.

“My parents took me to the Ligonier Highland Games near Pittsburgh as a child,” Harding said when explaining how he got into the sport. “I think I was 7, and I saw the guys throwing a rock and I wanted to try it. So, later on, I tried it and stuck with it.”

Harding won the hammer throw, as well as the light weight for distance and the heavy weight for distance. The last of these entails throwing a 56-pound weight and is his favorite event to practice because it “lets you know immediately if you are doing something wrong, and I’m good at it.”

Saturday saw an exceptionally large crowd of spectators, and Harding spoke about the atmosphere of competing as this venue. “I like that there is a track here and actual track events,” he said. “It’s cool that there are other athletes and games here. It’s a beautiful setting and one of the least-hot places to compete in mid-July.”

Garrett Blatnik was this year’s runner-up, winning both the 56-pound-weight toss for height and the sheaf events. Wes Kiser secured the third-place finish overall.