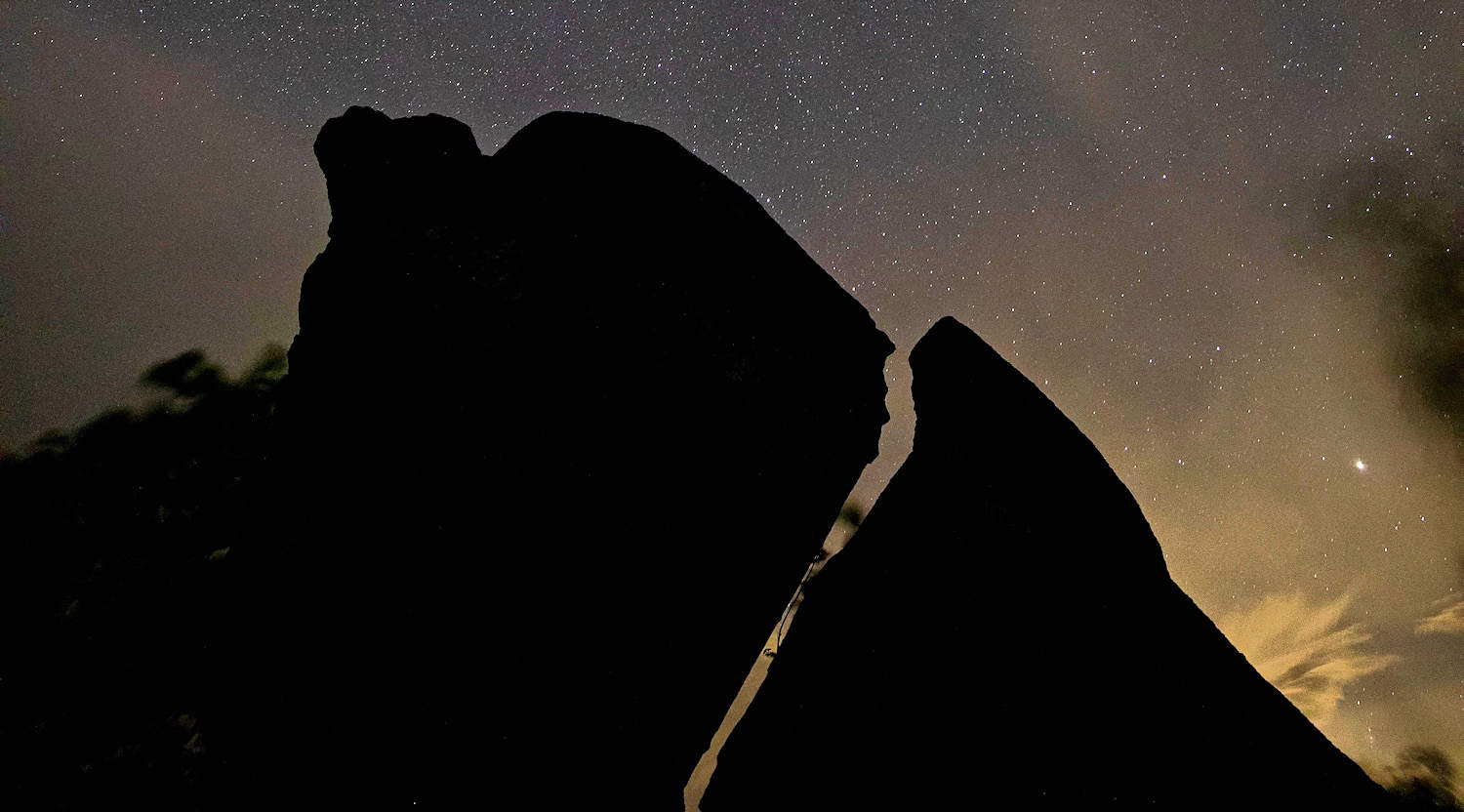 The Blue Ridge Mountains of western North Carolina and Eastern Tennessee are the result of the action of plate tectonics. The crust of our planet is composed of five primary plates, or huge pieces of rock which move very slowly over deeper layers of hot, pliable rock.

The Appalachian Mountains were formed in the remote past by collision of two continental crusts. During such mountain building, huge sheets of rock are pushed over each other. A rock layer called the Blue Ridge Thrust Sheet was moved over 60 miles to cover what is now Grandfather Mountain.

These mountains were once much higher (10 times as high!) than they are today. Erosion over hundreds of millions of years has carried away most of the rocks to form thick layers of sediment all across the Piedmont, Coastal Plain, and in the Atlantic Ocean. At Grandfather mountain, erosion has worn away the Blue Ridge Thrust Sheet from over top of the underlying younger rock, allowing us to study them. Geologists call this a “window” in time.

The entire Tablerock Thrust Sheet has been eroded away. Rocks of the Blue Ridge Thrust Sheet are much older than rocks within the Grandfather Mountain window. So are the rocks east of the Brevard Fault Zone.

Rocks on Grandfather Mountain are generally metamorphic. Pressure, heat, and the introduction of new substances cause metamorphism during mountain building. Changes include the development of new minerals, making a rock which has been deeply buried and compressed look very different from the original rock. Around the Nature Museum and at Split Rock you will encounter metamorphosed conglomerate. Around the upper parking lot the rocks are phyllite or meta-siltstone. The Swinging Bridge is built on granular pebble conglomerate rocks.

The geologic cross-section at the top of the page is scanned from Map I-709-A , Geologic Map of the West Half of the Winston-Salem Quadrangle, North Carolina, Virginia and Tennessee, by D.W.Rankin, G.H. Espenshade and R.B. Neuman, published by the United States Geological Survey in 1972.