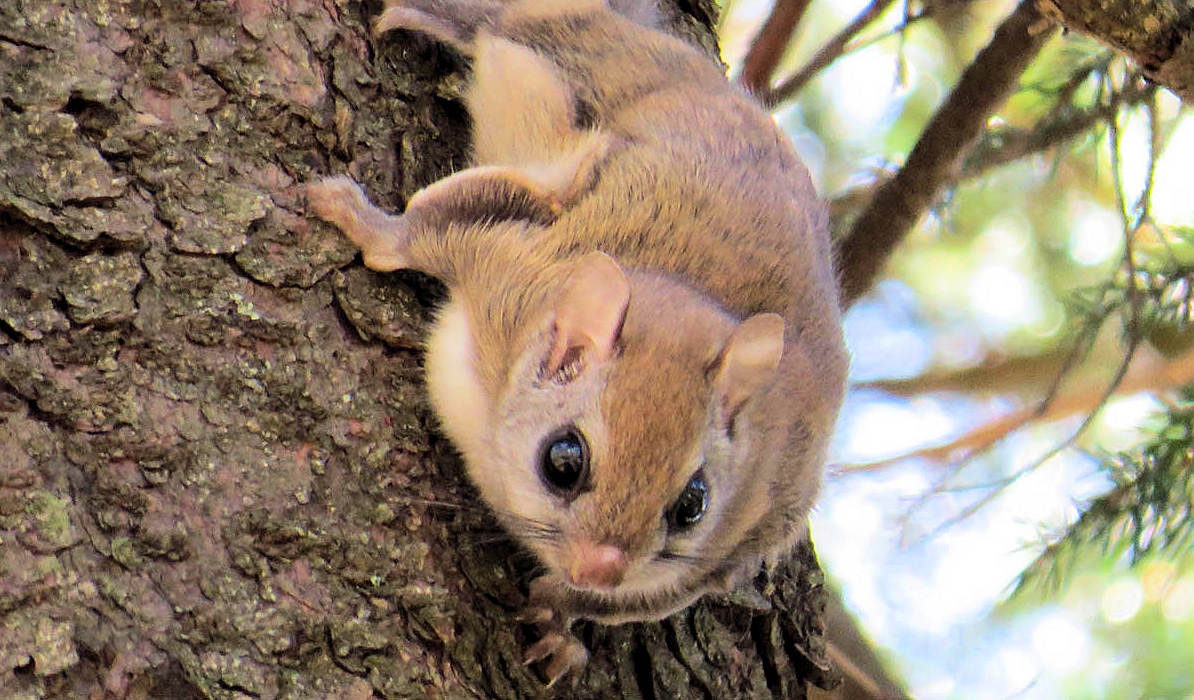 During the Wildlife Commission’s recent study on the mountain, the state agency was able to identify five Carolina northern flying squirrels using a series of nest boxes along a transect line. The researchers monitor trends in occupancy, or “presence/absence” of flying squirrels that exist on the mountain based on the squirrels they find in their studies. They then use this data to examine trends in occupancy over time.

Currently, up-to-date monitoring data are not available to the public. However, John Caveny, director of education and natural resources with the Grandfather Mountain Stewardship Foundation, the nonprofit organization that owns and operates the Linville, N.C., nature park, has participated in the studies for the past several years and said that, on average, it is typical to find six to 10 squirrels during one of these studies.

“For the most part, it is safe to say that our population at Grandfather Mountain is stable,” Caveny said.

The number of squirrels detected annually has varied throughout the study. This is due in part to the fact that northern flying squirrels have multiple den sites and may not be using a nest box on the day of the survey. Biologists suspect a variety of factors influence use of boxes, including recent weather and food availability. Imperfect detection of a rare, elusive, nocturnal species often requires multiple survey and monitoring techniques. NCWRC biologists supplement the nest box monitoring with acoustic monitoring that uses an automated recording unit to record the vocalizations of flying squirrels. 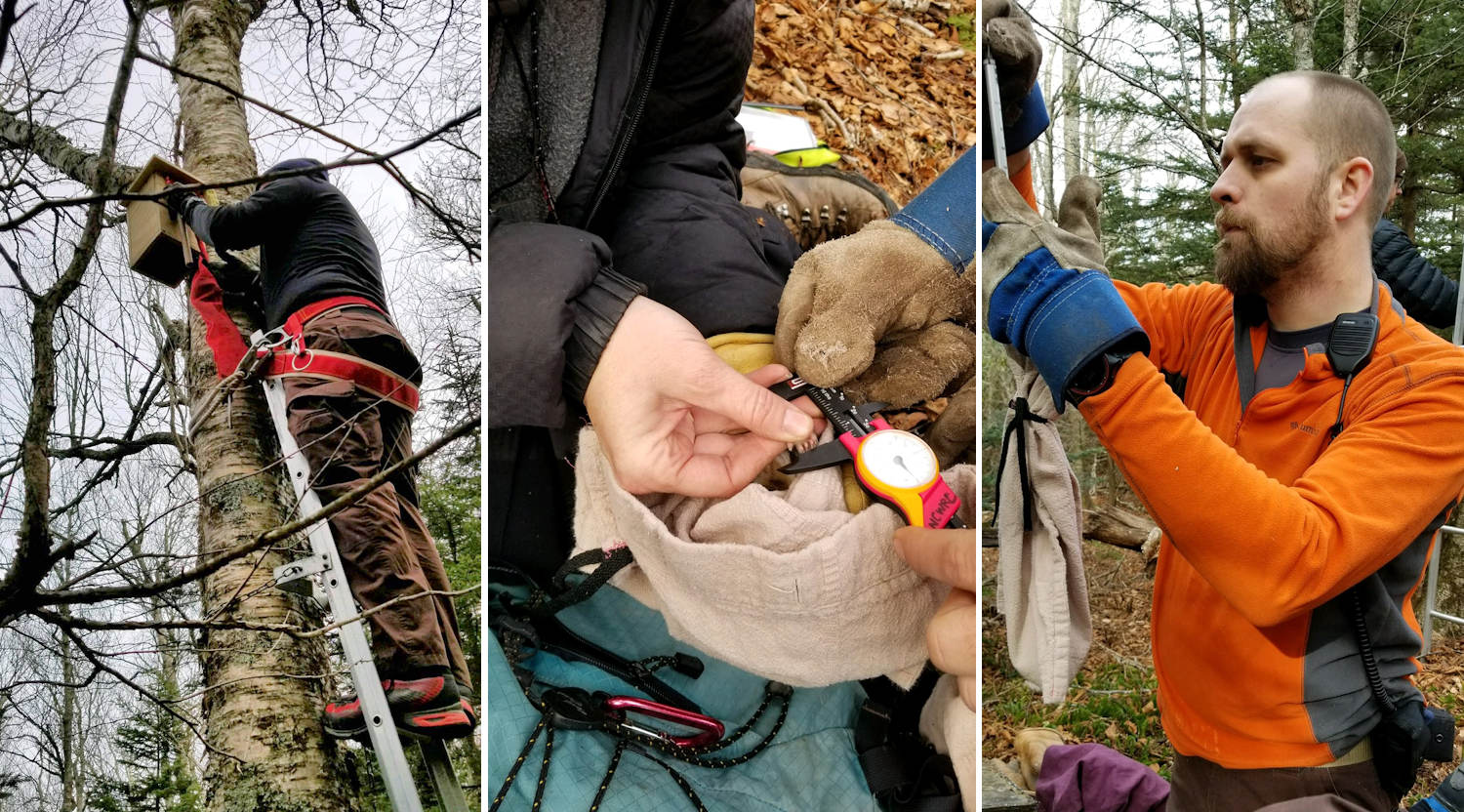 Biologists also examine the color of the squirrel’s tail, which indicates its age, and they also verify its weight, sex and reproductive condition. All five of the squirrels that the researchers found were male, which is not unusual given that the study is conducted during one of the squirrel’s breeding periods when males are particularly active.

“This species is only found in the spruce-fir forest and northern hardwood forests,” Caveny said. “Spruce-fir forests are the second most endangered forest community in the U.S. If we lose these forests, then we lose these squirrels. What population trends can help show us is if there is something going on in that habitat, such as an invasive species like the balsam woolly adelgid that’s killing trees that the squirrels den in or some other invasive species that is out-competing them for the food sources they have.”

These fungi are a critical organism that trees use as a source of water, while the fungi themselves use the trees as a source for sugar. As the squirrels eat the outer shell of the truffle, they inadvertently consume and then pass the undigested spores from the truffle throughout the forest in a way that only flying squirrels can.

As one of Grandfather Mountain’s 72 threatened or endangered species, the Carolina northern flying squirrel has been studied at Grandfather Mountain since the 1990s. The species was first discovered in North Carolina in the 1950s and later listed as federally endangered in 1985. The Carolina northern flying squirrel is only found in nine locations throughout Western North Carolina, Eastern Tennessee and Southwest Virginia.

To learn more about the endangered species that exist on Grandfather Mountain, visit http://www.grandfather.com/protecting-endangered-species.