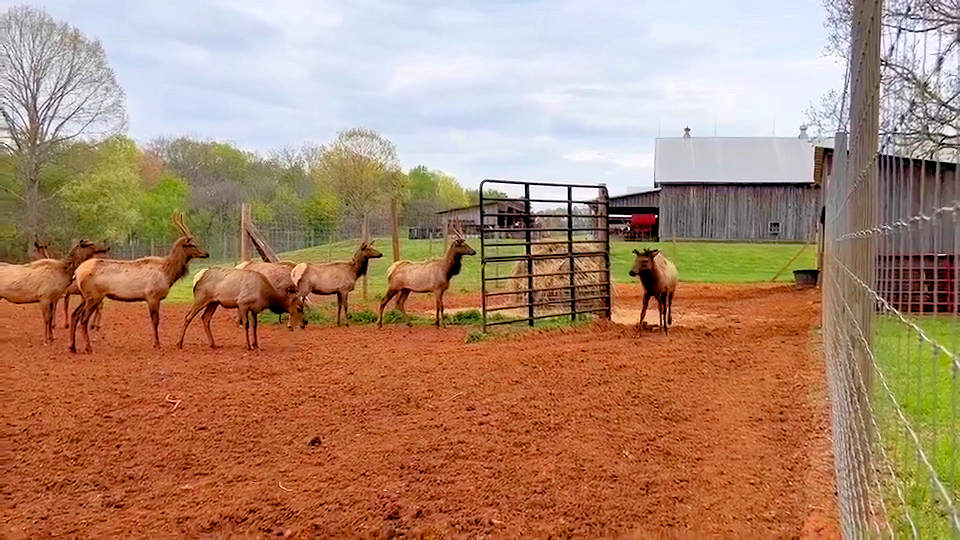 Grandfather Mountain, the not-for-profit nature park run by the Grandfather Mountain Stewardship Foundation, is bidding a fond farewell to a member of the Mildred the Bear Animal Habitats: Doc the elk, who has been relocated to a new home.

Over the past year, Grandfather Mountain has been looking to relocate Doc, who is named after legendary guitarist Doc Watson. The search began last year after park leadership concluded that it would ultimately be beneficial to the elk if one was located to a new home. The three elk in the habitat were causing extensive damage to their environment and creating some safety issues during rut season.

“While we were in the process of working with the state of North Carolina to identify a new home for Doc, we were very particular about the people we would work with,” Pope said. “We were very fortunate to partner with Ryan Newman, who has a wonderful facility and a passion for wildlife and conservation. After many discussions with Ryan, we both agreed that selling Doc to him was the right move for all involved.”

“It’s a good opportunity for all,” Newman said. “The important thing is that we all get the opportunity to enjoy the outdoors, and that’s what’s so cool about Grandfather Mountain. It’s a beautiful place and allows people to see something they wouldn’t see, especially on this side of the Mississippi.”

Previously, Grandfather Mountain was home to white-tailed deer that once occupied what is now the elk habitat. In years past, the mountain led a deer propagation program during a time in which deer populations were at their lowest in the state.

As deer populations rebounded over the decades, Grandfather Mountain shifted its focus and decided to bring elk back to the mountain in 2017 in order to tell the story of an ungulate, or a large animal with hooves, that used to roam freely throughout the vast forests of Grandfather Mountain and the surrounding area. As the names of nearby towns and communities such as Banner Elk, Elk Park and Elk River can attest, elk were once prominent in the area but were extirpated at the end of the 19th century due to overhunting.

“When we chose to renovate that habitat and bring in elk, we felt like the habitat could support three adult elk,” Pope said. “However, when we got them here, we realized the toll that these heavier animals have on their environment, with their larger hooves and different feeding behaviors. During the rut season, we also started having dominance issues between the three elk, with Doc being the most dominant of the three. We felt like it was a good move to try to find another home for him.”

Christie Tipton, Animal Habitats Curator with the Grandfather Mountain Stewardship Foundation, said that the move was made in hopes that without the strain of an additional 800-pound ungulate, the habitat would replenish itself and provide a thriving living environment for the park’s remaining elk Merle and Watson.

“Caring for the elk has been a learning process over the years,” Tipton said. “Elk are quite different than deer. Their hooves are designed for aerating the soil, which is great for the environment when they’re out in the wild but can be tough for the soil in a smaller area. They also like to chew on all the trees, and the elk like to till up the ground when they are in rut. It has been rough on the habitat.”

Despite the challenges, Tipton and her staff continue to adapt and learn in order to provide the best care possible for all the animals in the Wildlife Habitats. While moving Doc was ultimately the right thing to do, it is still tough to see a beloved member of the Grandfather Mountain family leave and go to a new home.

“The process of moving Doc went smooth, and we very much appreciate Ryan for giving Doc an amazing home,” Tipton said. “He is at a great place, but we do miss him.” Since the move, Newman has been providing park staff with regular updates on Doc and how he is enjoying his new home.

To learn more about the elk at Grandfather Mountain, and to support the animal habitats by symbolically adopting Merle and Watson, visit www.grandfather.com/adopt.