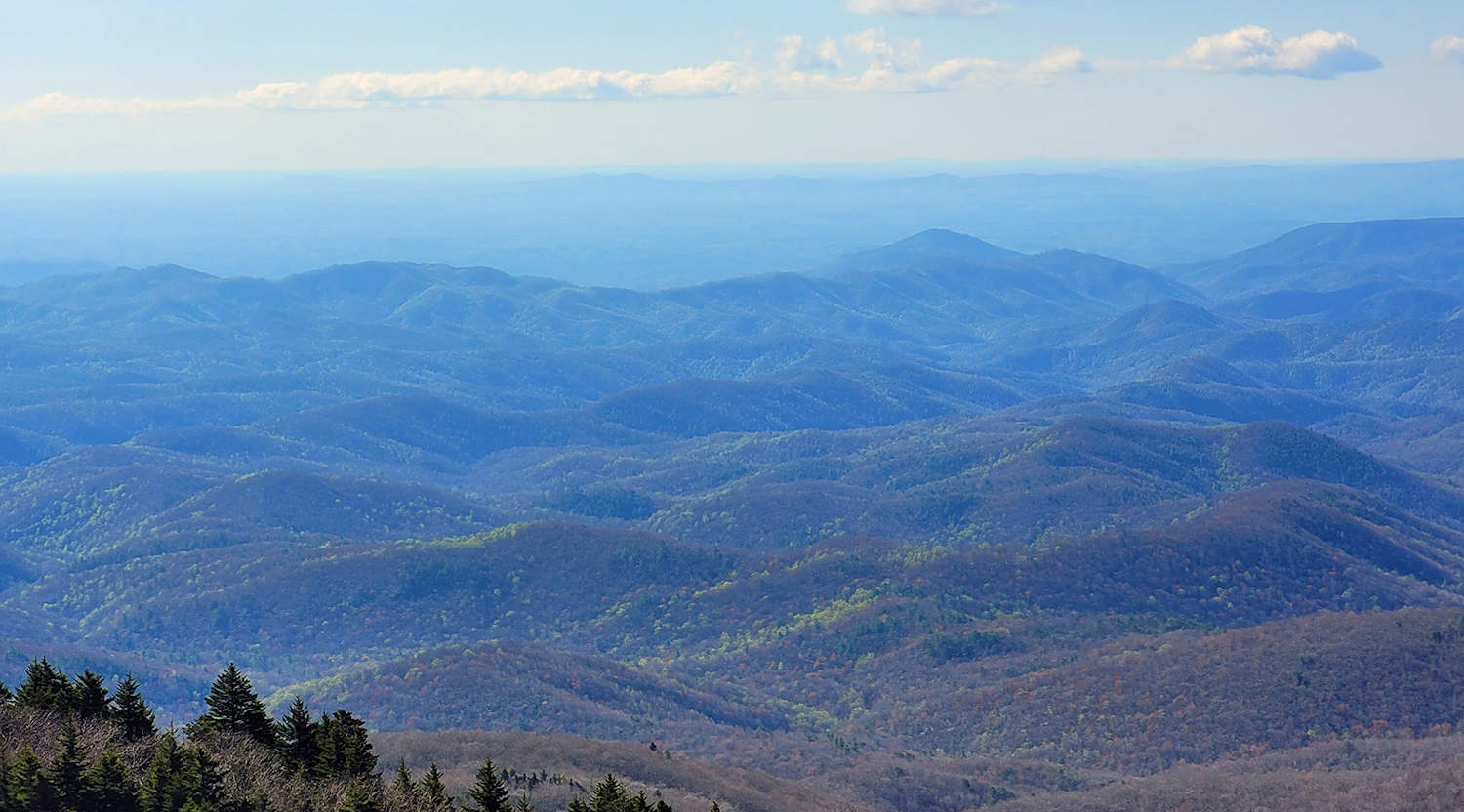 Generally, April continues to bring winter weather to Grandfather Mountain before more spring-like conditions arrive in May. April 19 saw the coldest temperature recorded last month, 17.8°, and a wind chill of -4.7°. April 9 and 10 were also cold days on the mountain with recorded wind chills of -3.1° and -3.8°, respectively. The lowest temperature ever observed on Grandfather Mountain in the month of April (not counting wind chill) was 5° on April 7, 1982.

On April 19, the weather station on the Mile High Swinging Bridge recorded a wind gust of 70.8 mph, along with a sustained wind speed of 81.5 mph. The station noted five days in April with wind gusts higher than 60 mph. The highest gust ever recorded on Grandfather Mountain was 124 mph, observed Feb. 25, 2019.

The weather station near the Swinging Bridge reported 2.67 inches of precipitation in April 2022, while observations recorded near the park’s Nature Museum saw 2.75 inches. Precipitation is also measured at the latter location, as high winds can make it difficult to record accurate observations at the top.

The park counted 16 total days of precipitation for April 2022, eight days short of the record 24 days in 1984. The rainiest day last month was April 18, when 0.81 inches were recorded at the top. The rainiest day on record for April was April 21, 1992, when the weather station observed 4.65 inches.

The weather station near the park’s Nature Museum recorded 0.6 inches of snow April 9 and trace amounts of winter precipitation April 10, 18 and 19.