THE HIGHLAND GAMES AFTER DARK

GRANDFATHER MOUNTAIN, NC- Evening activities at the 56th Annual Grandfather Mountain Highland Games offer an exciting opportunity for 21st Century patrons to step into the medieval world that shaped our ancestors and immerse themselves in the modern Celtic music that resonates from that stirring heritage.  Whether attending the Torchlight Ceremony on Thursday, July 7, the Celtic Jam on Friday, July 8, or the Celtic Rock Concert on Saturday, July 9, everyone will come away feeling that “long ago and far away” is as close as the North Carolina highlands in July.

The “Gathering” begins on Thursday night, July 7 as folks flock to MacRae Meadows to spread out a blanket and enjoy bagpipe concerts or sheep herding demonstration while waiting for twilight when the dramatic opening ceremonies begin.

When darkness falls, the leaders of 112 sponsoring clans step forward to announce that their family line is represented at the games in a moving torchlight ceremony held to invoke the “Spirit of the Clans” upon the gathering. The primitive ceremony hearkens back to the days when Celts banned together on the fields of battle to defend the Highlands from invaders.

Friday night the Celtic Jam is held in MacRae Meadows and features performances that celebrate the connections between the traditional music of the Celtic Isles and the bluegrass music of the Southern Appalachians. Tickets are $15 for adults and $5 for children. 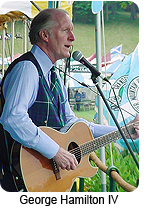 The lineup for the Celtic Jam starts with folk and traditional Celtic performances from RG Absher, Jil Chambless and Scooter Muse, Davy Morrison and George Hamilton IV.  Next the program moves into the tribal sounds of Cutthroat Shamrock and The Blessed Blend before building to the Celtic rock pulse of Brother, Saor Patrol, Mother Grove and Rathkeltair.

“Highland Games After Dark provides guests with a huge variety of music, showcasing folk artists like George Hamilton IV and a full throttle, tribal band like Saor Patrol on the same stage. It is a unique experience and a great time,” said Donovan Murray, director of Celtic Jam and Rock Concert.

The Celtic Rock Concert on Saturday night, also held in MacRae Meadows, begins at 5:30 pm with rousing entertainment from Celtic Connections and the Chelsea House Orchestra.  Then the Celtic rock bands return to the field to set the night on fire with encore performance from The Blessed Blend, Cutthroat Shamrock, Brother, Saor Patrol, Mother Grove and Rathkeltair.  Tickets to the Celtic Rock Concert are $15 for adults and $5 for children with free parking available on a first come basis. 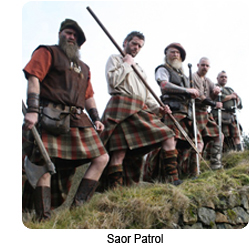 New to the games this year is Saor Patrol, a band from the heart of Scotland whose pipes and drums create a unique Tribal Celtic Rock sound that has earned them comparisons to ZZ Top and Motorhead.

This year, Grandfather Mountain Highland Games welcomes back a crowd favorite, Brother. Originally from Australia, the band has spread their distinct sound across the globe. It is rare to find a didgeridoo player and a bagpipe player on the same stage, let alone in the same band. Brother tastefully incorporates both instruments and provides listeners with something unforgettable.

Also among those returning to perform at this year’s Highland Games are the Native American Music Awards nominated musicians from The Blessed Blend. They are known for composing and performing original and ancient songs that blend Native American and Celtic music.