The 91st annual Singing on the Mountain at Grandfather Mountain will pay tribute to the late George Hamilton IV, a prolific singer, recording artist and TV host known as the “International Ambassador of Country Music.”

The free gospel music festival, set for Sunday, June 28 at MacRae Meadows in Linville, promises a day of praise, fellowship and tributes to the musician long considered a friend of Grandfather Mountain. 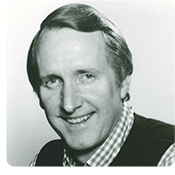 “George IV was an important part of the Singing on the Mountain for decades,” said Harris Prevost, vice president of the Grandfather Mountain Stewardship Foundation. “He was a very humble person, very kind, always thinking of other people. And he was a strong Christian — the real deal. It was important that we honor and remember him this year for his contributions.”

Hamilton rose to fame with a major pop hit in 1956 titled “A Rose and a Baby Ruth.” That noteworthy success was followed by several more hits on the country charts, including his greatest success, “Abilene,” which topped the charts for four weeks.

Hamilton also considered himself a “musicianary” and recorded numerous “country-gospel” albums and performed one-man acoustic concerts in churches across the world. He was a frequent guest artist on Billy Graham crusades and even received a Dove Award from the Gospel Music Association.

Despite his busy schedule, Hamilton always made an effort to attend the Singing on the Mountain. He frequently appeared with the cast of “The Arthur Smith Show,” which he joined in 1972.

Hamilton was invited to join the Grand Ole Opry in 1960 and remained a performing member until his death in September 2014 at age 77. 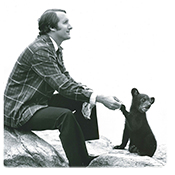 Catherine Morton, secretary of the Grandfather Mountain Stewardship Foundation Board of Directors, remembered fondly witnessing the sincerity and loyalty that became Hamilton’s trademarks.

“He had that way of paying attention and making you feel like the most important person in the world,” Morton said.

This year’s festival will celebrate Hamilton’s life with music from outstanding gospel groups beginning at 8:30 a.m. and continuing throughout the day, with a break around 1 p.m. for the sermon. The event is informal and the schedule spontaneous.

The 2015 speaker will be Aaron Wilburn, a noted humorist, songwriter and inspirational speaker whose message spans both the Christian and secular worlds.

Wilburn earned several Song of the Year awards and Grammy nominations for his No. 1 hits before he became a YouTube sensation whose comedy bits garnered millions of views. His travels with the Gaither Homecoming Tour earned Wilburn more acclaim for his down-home Southern humor.

The spirit of the Singing is not so different than the first held in 1924, when Hartley coordinated a Sunday School picnic on the same grounds. The festival’s popularity exploded in the 1960s and ’70s, drawing such names as Johnny Cash, Roy Acuff and Bob Hope. Hamilton himself served as speaker in 2005.

Today, the Singing is recognized by the North Carolina Arts Council and Blue Ridge National Heritage Area as part of the Blue Ridge Music Trails of North Carolina and is the oldest ongoing old-time gospel convention remaining in the Southern Appalachians.

“The Hartley family still comes, and they still bring their picnic like they did 90 years ago,” Prevost said. “Little has changed, except for the size of our audience and the technology we use.”

Parking (including handicapped) is available at MacRae Meadows, located on U.S. 221 in Linville, two miles south of the Blue Ridge Parkway at Milepost 305.

Attendees are encouraged to dress casually and bring lawn chairs, blankets and picnics, and concessionaires and merchandise vendors will be on site. A goodwill offering will be collected to support the musicians who volunteer their time to perform.

Camping (no RV hookups) is permitted on the MacRae Meadows field on a first come, first served basis starting the Monday preceding the event. The event is held rain or shine.

The Singing on the Mountain remains free according to the longstanding motto: “Whosoever will may come.”