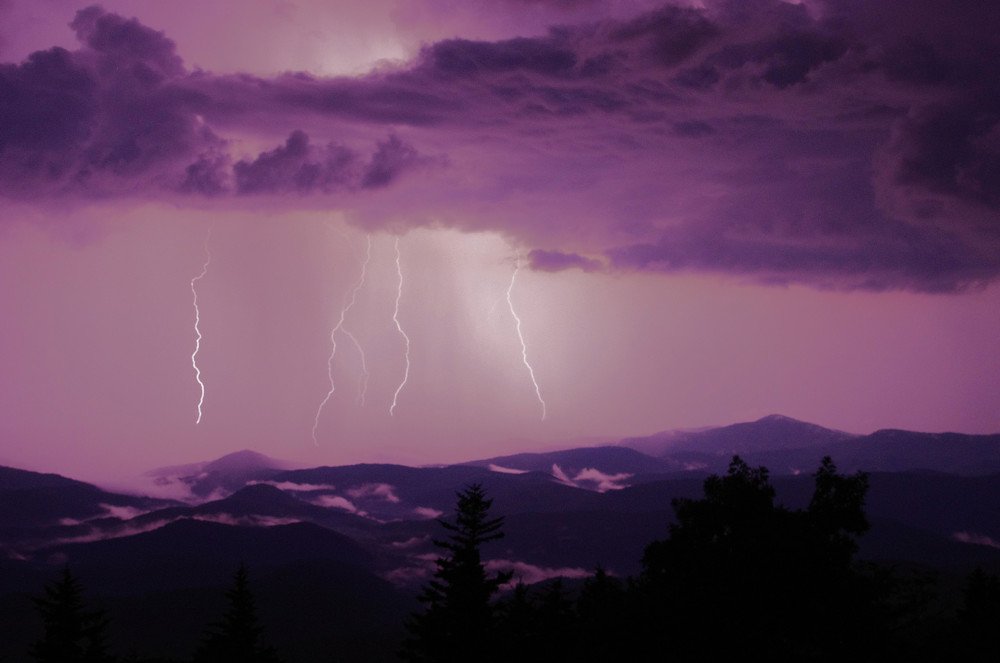 Lightning strikes over Lost Cove Cliffs during a recent storm, as seen from Grandfather Mountain. The mountain itself experienced some dramatic weather this past June, when it recorded 15.94 inches of rain — the park’s wettest June on record. Photo by Jesse Pope | Grandfather Mountain Stewardship Foundation

LINVILLE, N.C.—At Grandfather Mountain, when it rains, it pours — and sets records.

This past June, the mountain recorded 15.94 inches of rain at its National Weather Service reporting station, located near the Mile High Swinging Bridge.

For comparison, Grandfather’s average June rainfall is 6.06 inches, making June 2019 the wettest on record. The previous June rainfall record was 15.77 inches in 1957.

“We received over a foot of rain in a four-day period,” said Amy Renfranz, director of education for the Grandfather Mountain Stewardship Foundation, the nonprofit organization that owns and operates the Linville, N.C., nature park.

The park’s weather station indicates that most of the rain fell between June 7 and 10, during which Grandfather received 12.96 inches.

According to Corey Davis of the N.C. State Climate Office, the rainfall made Grandfather Mountain the wettest spot in the entire state of North Carolina for the month of June.

“Including last year’s data, which just knocked us out of the park, our average annual rainfall for the whole year is 62.79 inches,” Renfranz said.

2018 was Grandfather Mountain’s wettest year on record, with the station having recorded 110.67 inches.

In contrast, the mountain received the least amount of rain in 1963, with just 41.77 inches.

To learn more about Grandfather Mountain’s unique weather and its history, visit http://bit.ly/gfm-weather.